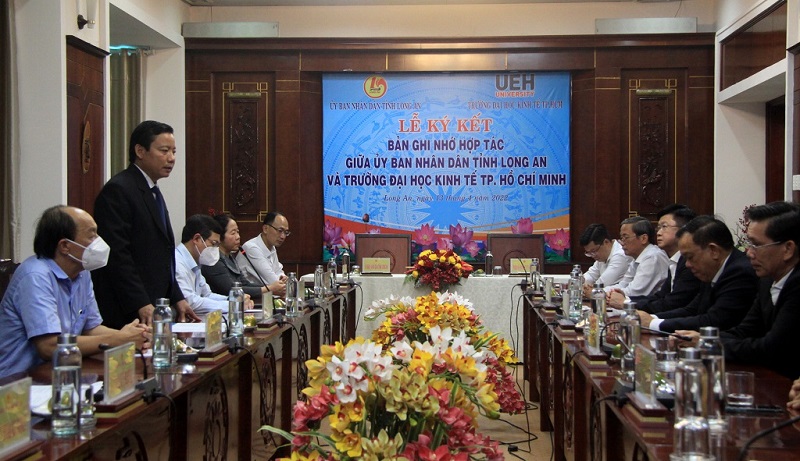 Overview of the Signing Ceremony

At the Ceremony, the Vice President of the Provincial People’s Committee – Mr. Pham Tan Hoa informed that in the past few years, Long An had extremely paid attention to the affiliation of domestic and international institutes and schools in carrying out the mission of providing human resources for the Province while identifyig that the selection of signing a memorandum of agreement with University of Economics HCMC would be a true orientation due to its position and roles during 45 years of establishment and development. This marked its achievements on the map of the Vietnamese and the world’s higher education system. Additionally, a diversity of Long An’s citizens have learned, been trained, and grew up at UEH and come back to contribute to constructing and developing their hometown. 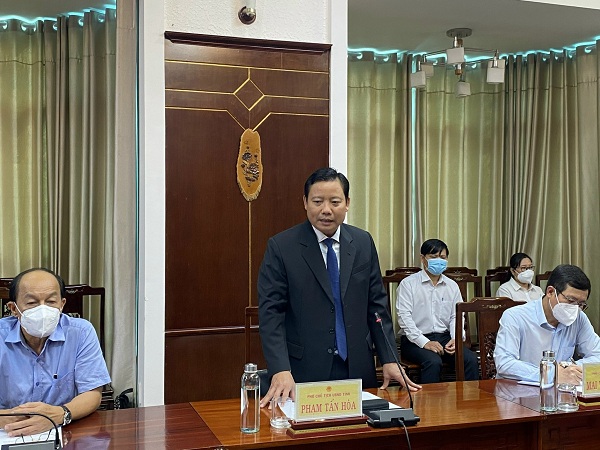 Prof. Su Dinh Thanh – President of University of Economics HCMC – affirmed: “The profound relationship between UEH and Long An Province is fostered and developed in generations. Currently, UEH is eagerly participating in multidisciplinary and multi-field training, especially training human resources serving policy planning process and public management in the Mekong Delta River Region, in which Long An is a part”.

In the spirit of cooperation, the two sides discussed and made a decision on signing a memorandum of agreement on the cooperation content in the 2022 – 2025 period. 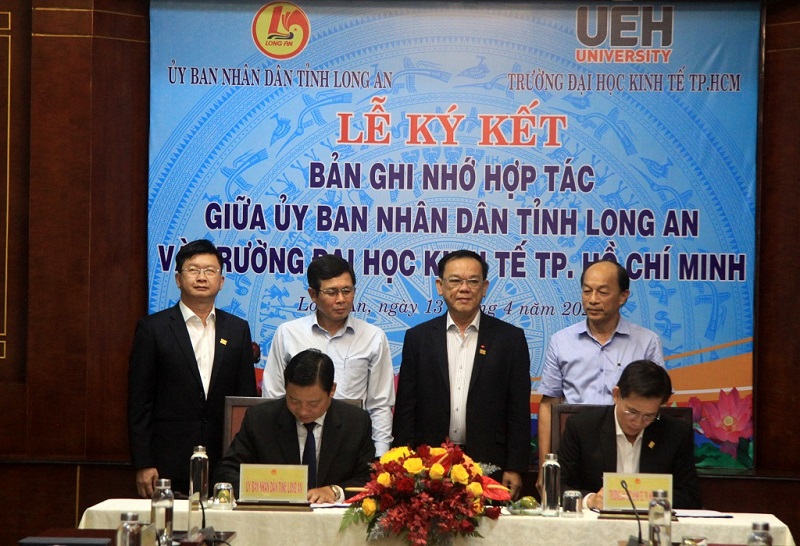 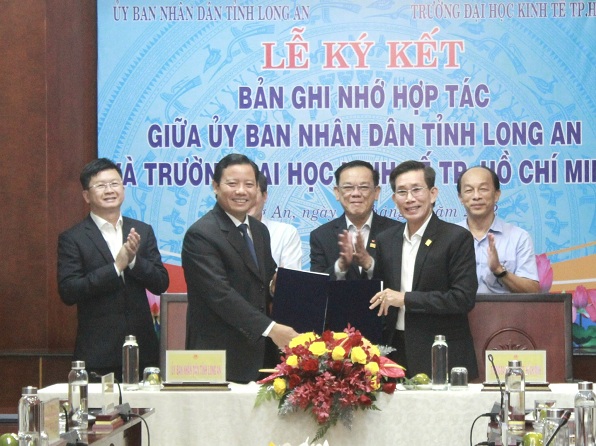 In accordance with that, University of Economics HCMC and People’s Committee of Long An Province will collaborate on fostering, updating, and advancing the knowledge of governors, state officials, and employees, for source officials at Committee-, Provincial-, and District-level according to the demand of the Province and advise the Province on policies. Therefore, the knowledge of governors, state officials, employees and citizens is upgraded and has been contributing to responding to the management requirement of the leading and managerial tasks of the province and the high-quality human resources demand in locals affiliated with the economic-motivational regions of the province. 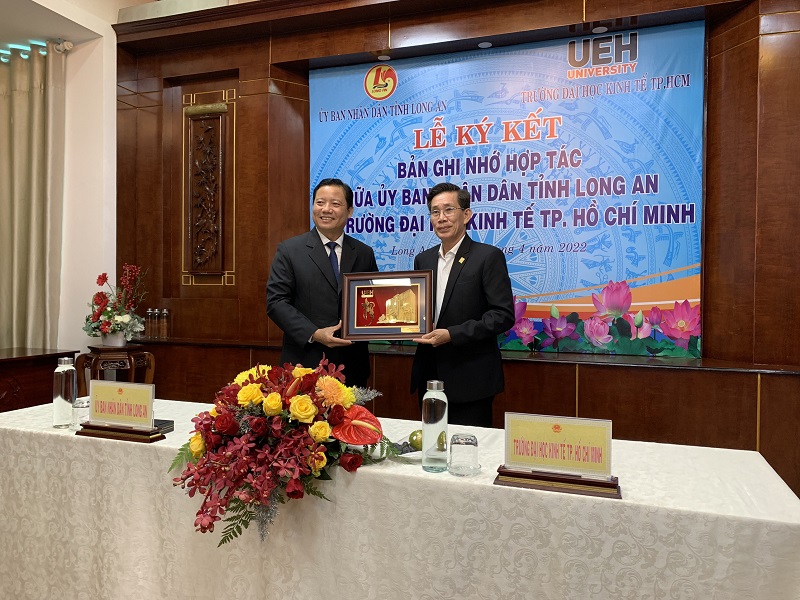 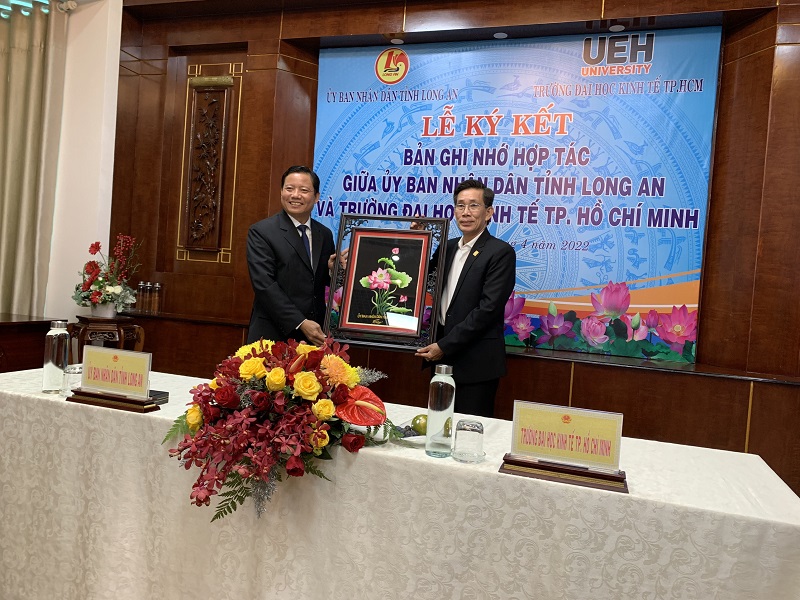 With a restructuring strategy forming a Sustainable and Multidisciplinary University, University of Economics Ho Chi Minh City is gradually increasing its academic reputation, connecting with the community through the cooperation relationships with organizations, corporates, and individuals to spread practical values to the community and society.

Signing Cooperation Agreement Between UEH College Of Economics, Law And Government And Center For Technology-Services And Community Development Of Vietnamese Agriculture-Fisheries (FACOD-VIETNAM)

The Signing Ceremony Of Cooperation Between UEH And University Of Queensland, Australia

UEH Signing A Cooperation Agreement With University Of Adelaide, Australia

Signing Cooperation Agreement Between UEH College Of Economics, Law And Government And Center For Technology-Services And Community Development Of Vietnamese Agriculture-Fisheries (FACOD-VIETNAM)

The Signing Ceremony Of Cooperation Between UEH And University Of Queensland, Australia

UEH Signing A Cooperation Agreement With University Of Adelaide, Australia

UEH And Kwangwoon University, Korea Signing A Cooperation Agreement On The Development Of “City To City” Project

Agreement Signing Ceremony Between UEH And University Of Newcastle, Australia

UEH Organizing The Training Course “Electronic Teaching Design” For 477 Schools With 2,916 Teachers In The Provinces Of The Mekong Delta

The International Congress “A Pathway Towards Carbon Neutrality In Asia”

“Innovation and Advancement in Business in 2022” International Conference

UEH Collaborated with the Department of Education and Training Vinh Long on Organizing the Conference “Sharing Experience of Online Teaching; Sharing and Transferring Online Lesson-supportive Tools for Elementary, Middle, and High Schools”